Attention is an endangered species.

Do this wrong, and you would have never crossed your audience’s minds. You will also have wasted all efforts on preparing everything that follows.

The aim here is to get focused attention. So let’s cut to the chase before I lose you.

Ways to get audience attention:

1 Call them out specifically

In real life, how do you get someone’s attention from across the room?

You call their name, and you let them know: “I am talking to you and I have something to say that specifically affects you.”

In content, you need to achieve the same effect, which shouldn’t be so hard if you did your homework and got to know your audience properly.

The key here is to be specific.

“The Best Design Schools for Animators”

You get the idea.

Now being unconventional does not, I repeat, does NOT mean being a clown.

It just means to stand out, in a way that is better than what’s conventional.

There is a reason why we have conventions. Because they are best practices, that have been tested to work.

The problem is, conventions are boring, and boring doesn’t get any attention.

The reasoning for this also explains the law of shitty click-throughs first told by growth hacker Andrew Chen here. The law says, essentially, any new booming marketing channels will be quickly saturated.

The first reason is that customers’ response to the novelty you put out always fades.

The second reason is that competitors get in and suddenly everyone is doing it, so you are not special anymore. Attention fades, even faster.

In a world where everything seems to have been done under the sun, it’s not easy to come up with something different. But it’s possible. Look at these: 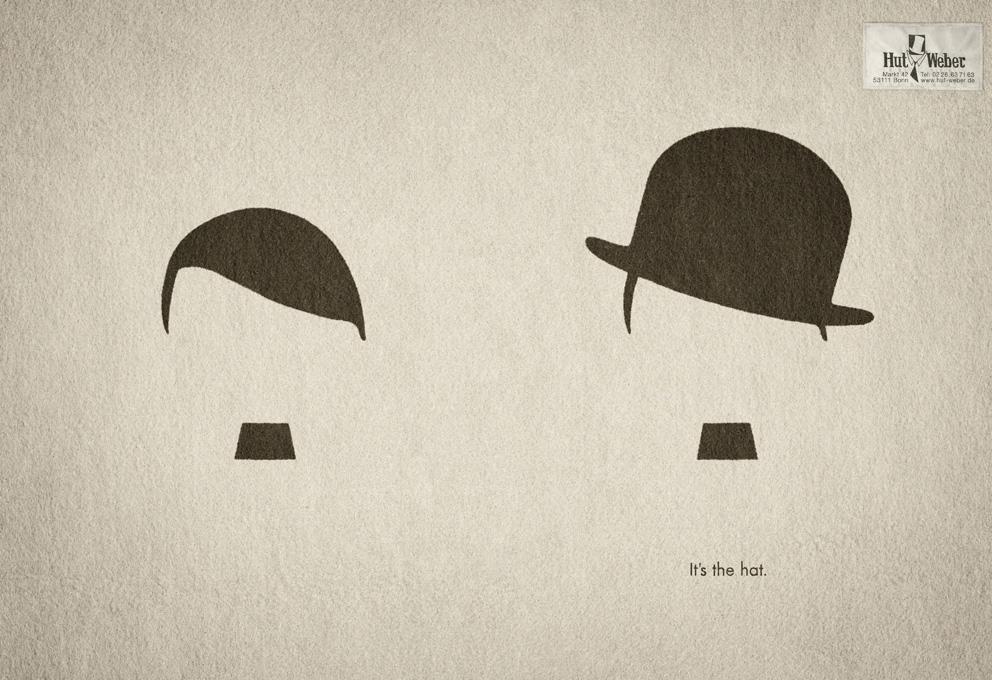 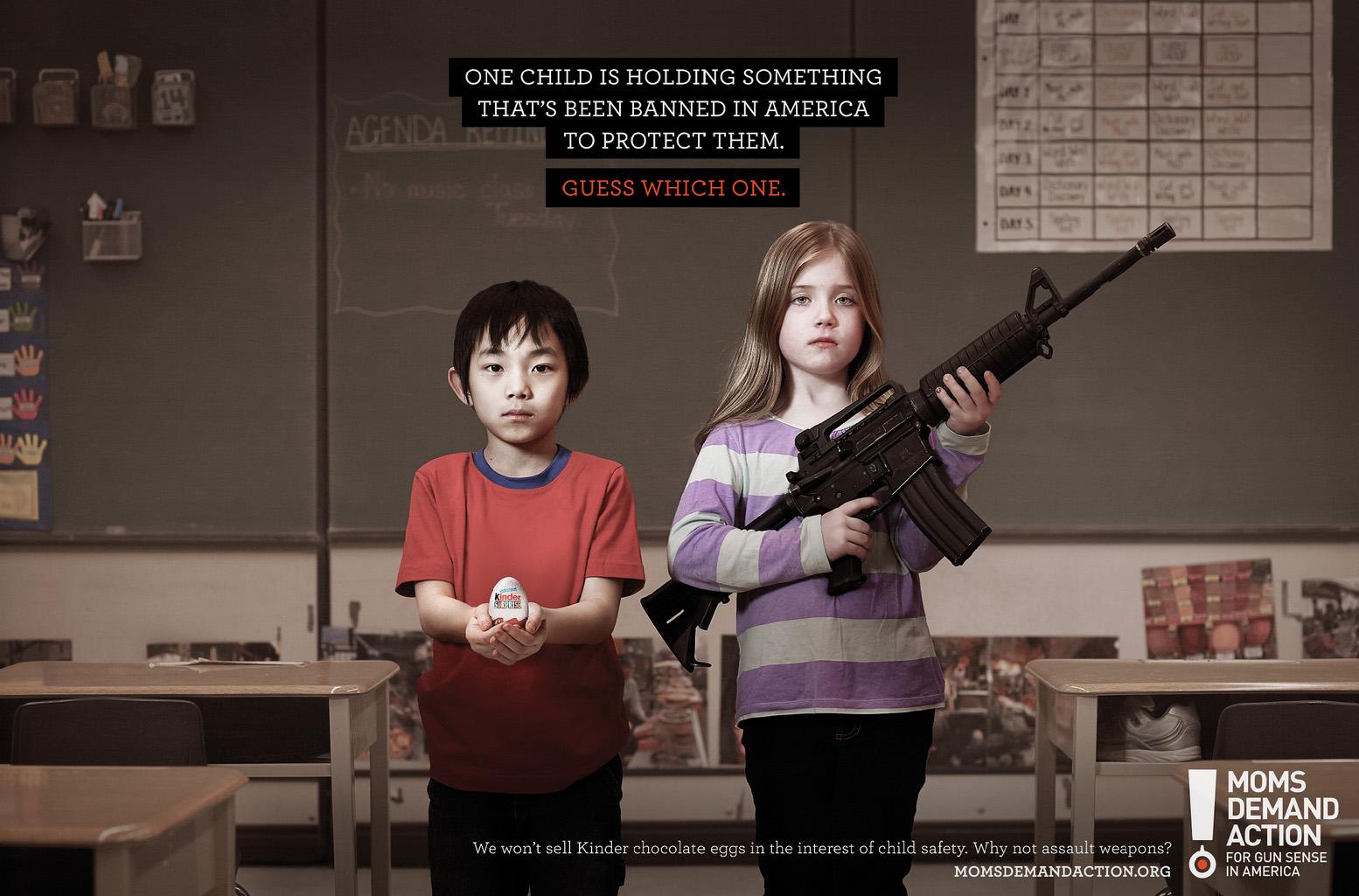 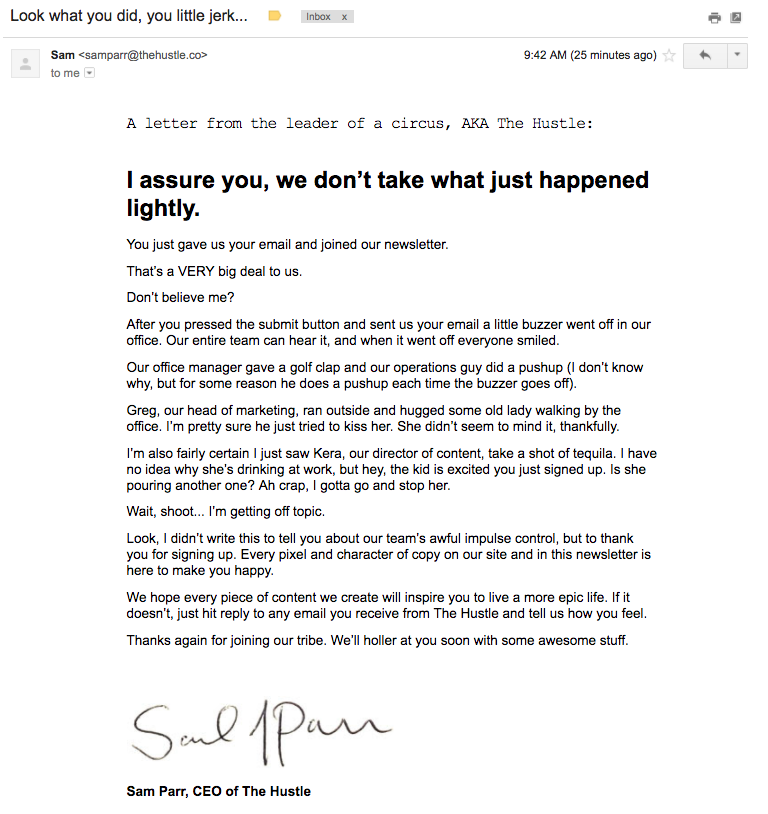 From a content standpoint, be bold. Not in the sense that you have to scream it, but in that whatever you present, you need to make sure it has an unexpected look, personality or feeling. Plan a surprise. Give the audience a taste of something incongruent and refreshing.

Believe me, 80% of landing pages/blog posts/emails out there look the same.

You stand out already by trying.

You want more facts? They’ll be way easier to remember in a nice infographic.

On a beautiful late spring afternoon, twenty-five years ago, two young men graduated from the same college. They were very much alike, these two young men. Both had been better than average students, both were personable and both – as young college graduates are – were filled with ambitious dreams for the future.

Recently, these two men returned to college for their 25th reunion.

They were still very much alike. Both were happily married. Both had three children. And both, it turned out, had gone to work for the same Midwestern manufacturing company after graduation, and were still there.

But there was a difference…’

I will post the next bit later from this direct mail, which generated an estimated $2 billion for ‘The Wall Street Journal’. But hopefully, the passage drew your attention. Stories have a way with that.

As social creatures, we respond to stories because it effectively allows us to relate to other human beings. We imagine the character’s problem because it may help us to learn something ourselves.

Besides, when you start with a story, it’s easy to get interest too. The audience is compelled to follow for what’s next. And as they engage long enough, emotions develop and climax in the stage of desire…more on that later.

Needless to say, stories are one your most penetrating weapons when it comes to persuasion. And the art of storytelling deserves a book all on its own.

2 How to sustain interest

3 How to arouse desire

4 How to drive action